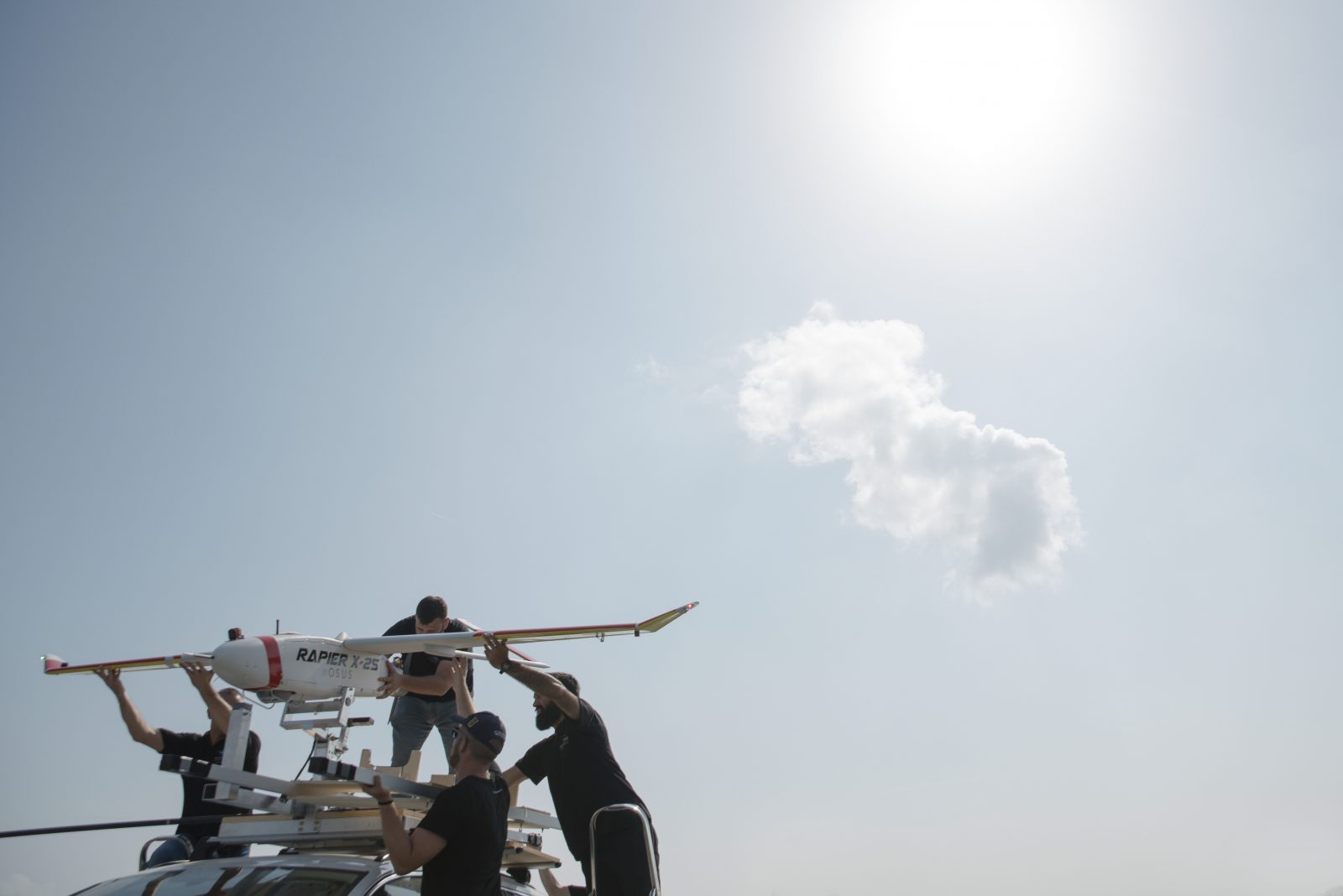 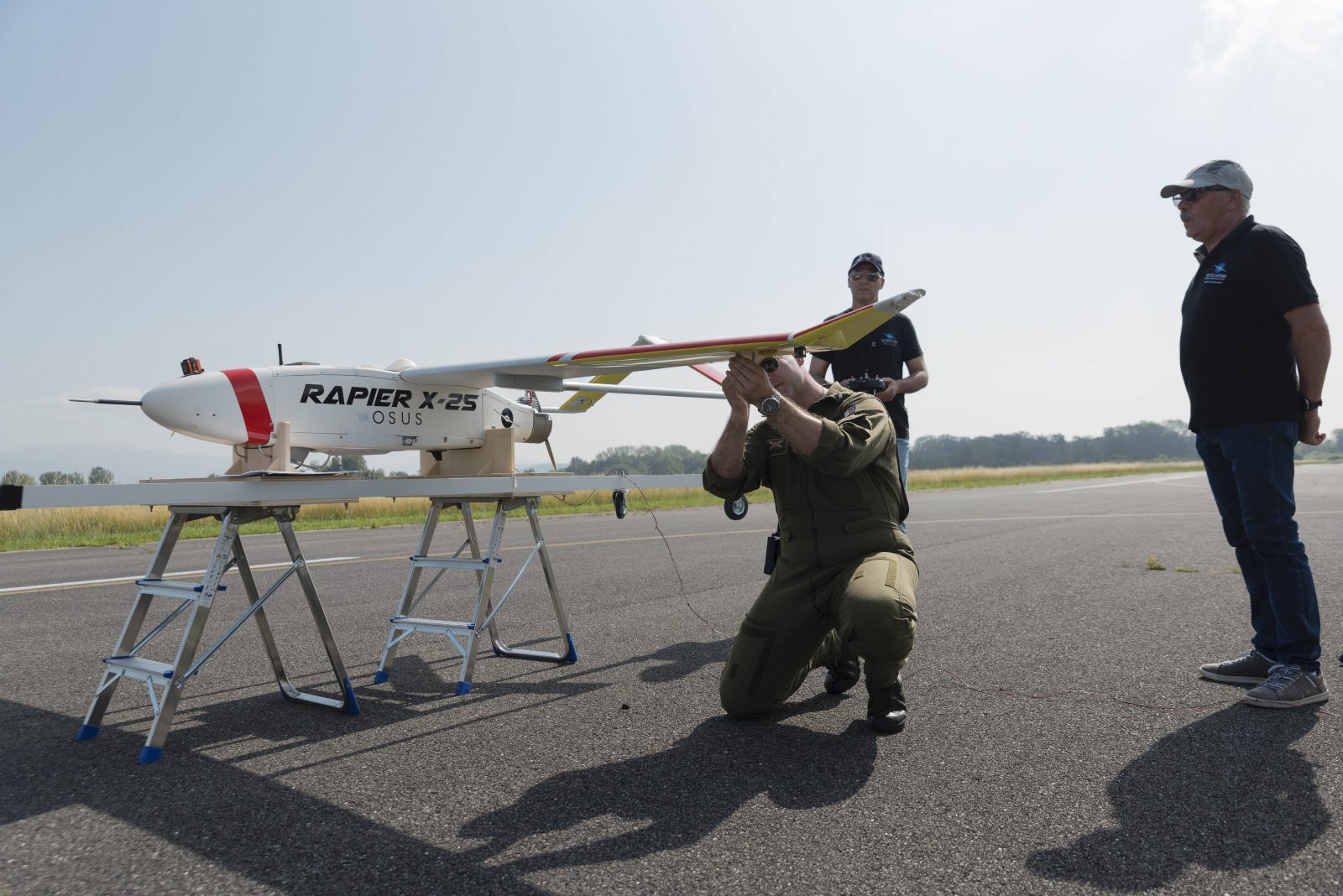 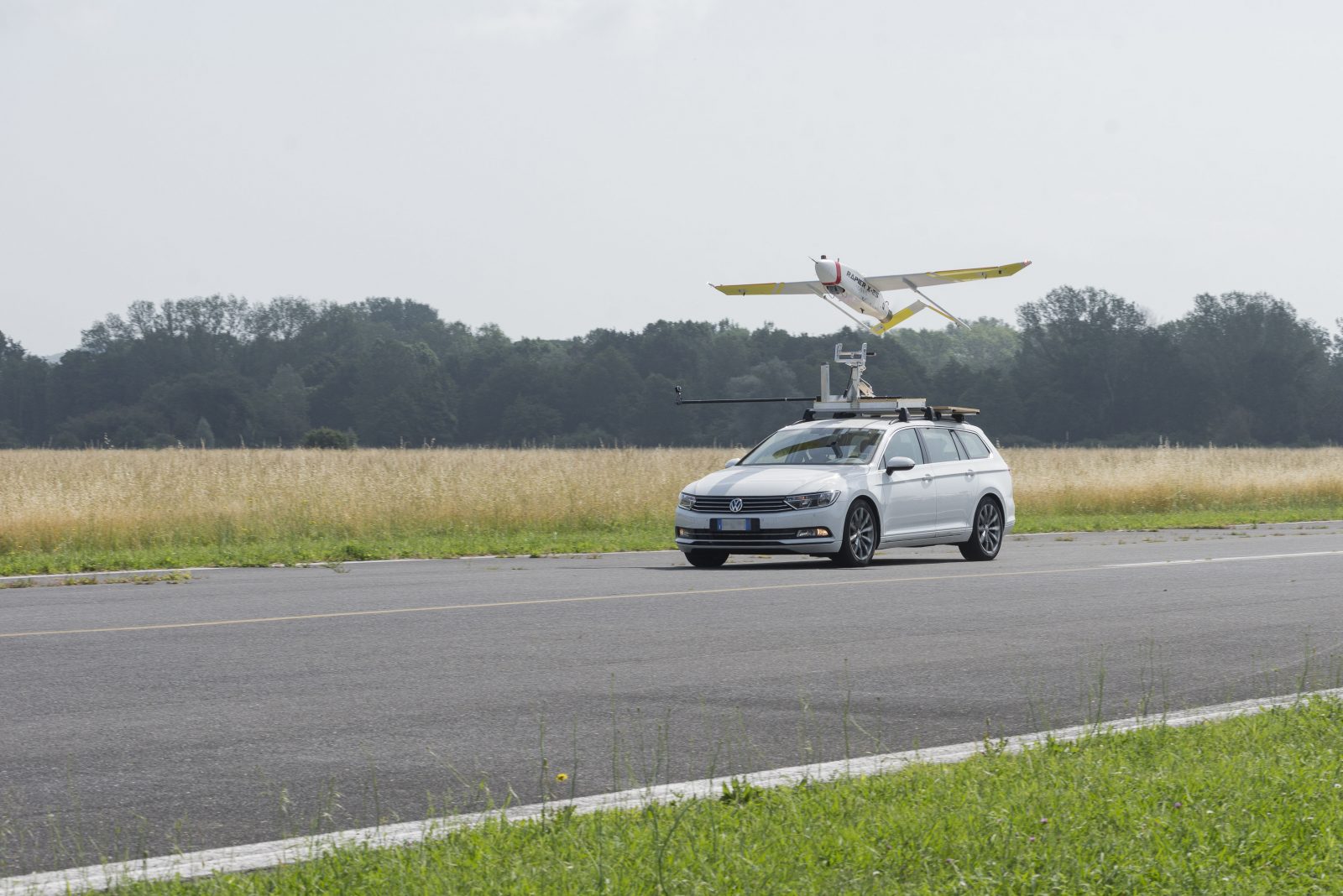 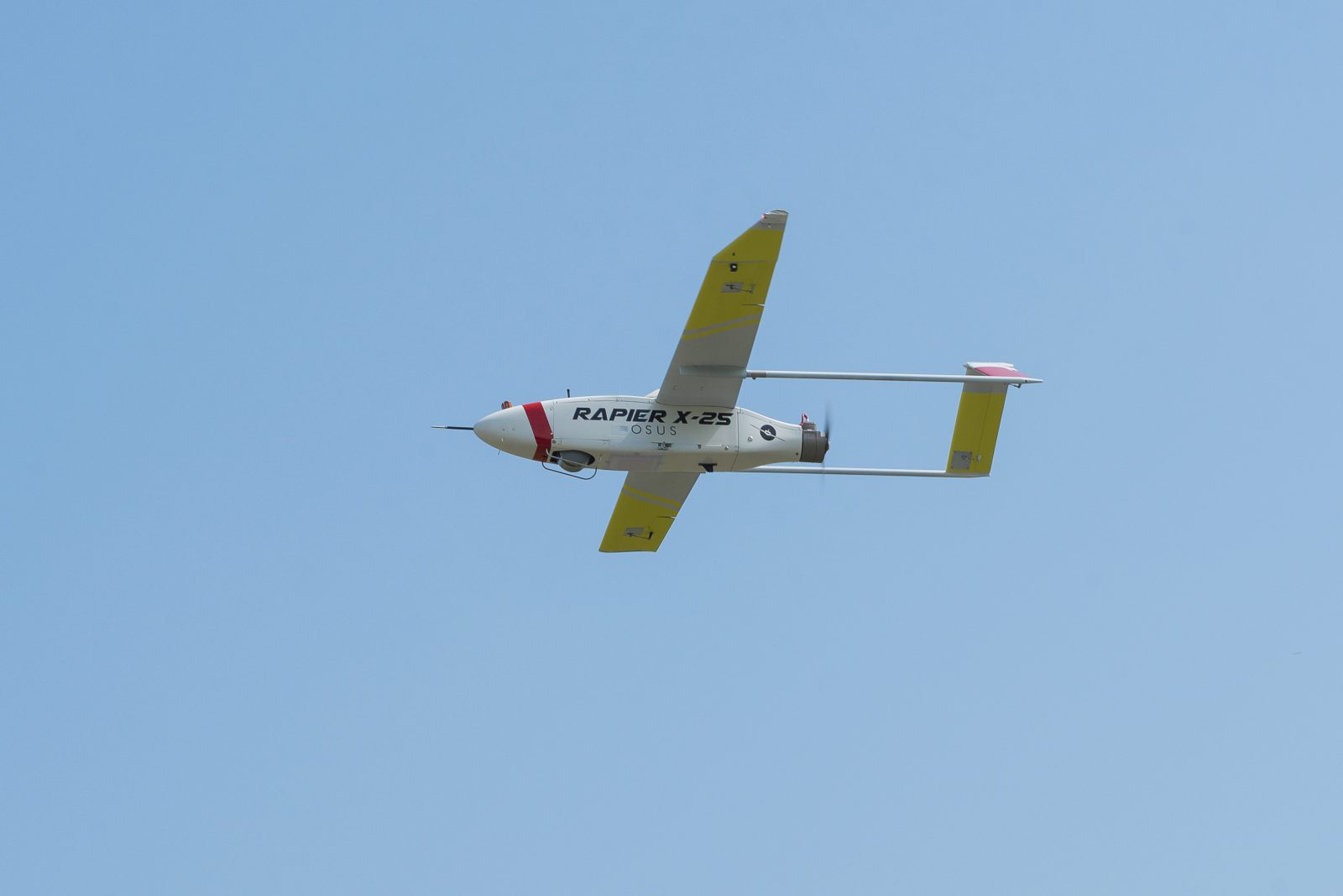 Rapier X-25 is a remotely piloted system belonging to the Light Weight UAV Class (up to 25 kg of Maximum Take Off Weight) with features of surveillance, control and data sensing (both on sea and ground), typical of tactical aircraft. The Rapier X-25 is equipped with innovative systems able to guarantee the operativity in hostile environments and it is designed with optimization criteria in terms of aerodynamic efficiency, volumetric capability and structural weights, in order to guarantee high endurance (15-24 h) with payloads at the edge of technology (electro-optical and infra-red, Synthetic Aperture Radar, LIDAR).

Rapier X-25 System is composed of:

* The FCC could be suitable for simplex, triplex and quadruplex architectures, typical of Tactical UAV category (MTOW 750 kg). Moreover, the FCC has a growth capability to be integrated on VCMS of several remoted piloted systems (multirotors, surface drones, etc.).

Rapier has been designed in order to integrate several payloads with different features in terms of capabilities, weights and sizes. The flexibility is assured by the fuselage modularity and by the possibility to change the onboard systems configuration in order to obtain an optimized aircraft balance.

Rapier X-25 is suitable both for military and civil/governmental operational use.

Thanks to its features, Rapier X-25 is the perfect solution for Intelligence Surveillance e Reconnaissance military mission: the awareness situation requires real-time smart information, relative to a specific field of operations affecting terrestrial and maritime threats, in order to guarantee a prompt answer to potential attacks.

Rapier X-25 also can support other relevant civil missions, thanks to the possibility to install several on board payloads such Multispectral or LIDAR, respectively needed for: ground mapping (farming, burned areas, mineral areas, and areas with potential environmental impact); geology, seismology, disaster monitoring.